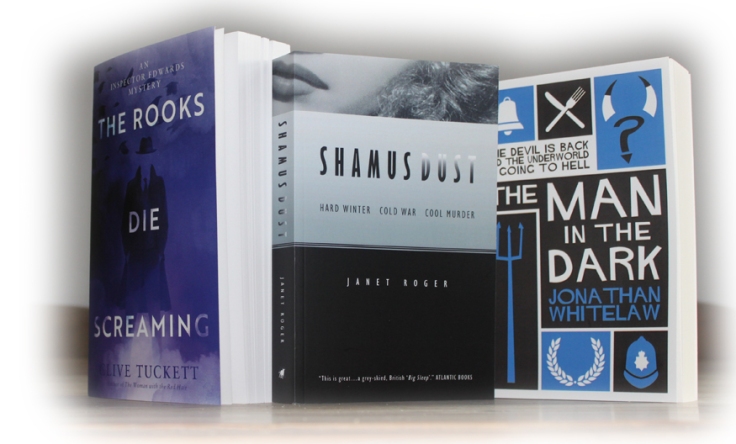 I love the expression “dog days”. Apparently it has its origins in astrology, and refers to the position of Sirius, the Dog Star. The dog days of summer are round about now, when everything seems to slow down, schools are out, parliament is in recess, and newspapers struggle to find newsworthy headlines. There are no dog days in crime publishing though, and I have three intriguing novels to highlight.

This has the best subtitle ever – “HARD WINTER, COLD WAR, COOL MURDER” A well-earned bonus for whichever PR person thought that one up. If it lives up to the cover description –  “A British Big Sleep” –  then it will be bloody good! It’s 1947, and an expat American PI called Newman is hired to solve a series of killings.

Shamus Dust will be published by Matador on 28th October. Keep an eye open for the Fully Booked review nearer the time.

More historical crime fiction here, but we are in Cornwall in the 1920s. The normally placid and peaceful residents of Bodmin are bolting their doors early of nights, as a determined killer picks off members of a local organisation one by one. Enter Inspector Edwards, who author Tuckett introduced in his 2018 novel The Woman With The Red Hair. Edwards’ latest case is published by Book Guild and will be available from 28th August.

THE MAN IN THE DARK by Jonathan Whitelaw

In most crime fiction books, the Devil is a metaphor, but Jonathan Whitelaw has decided that the Evil One is far too interesting a character to just float around at the edge of people’s consciousness. In Hellcorp (2018) the chap with the horns and the scaly tail advanced beyond the metaphysical and was set the task of solving an ancient crime. Now, he returns to help the cops in London solve the mystery of a terrorist kidnapping. The Man In The Dark will be published by Urbane Publications on 26th September. 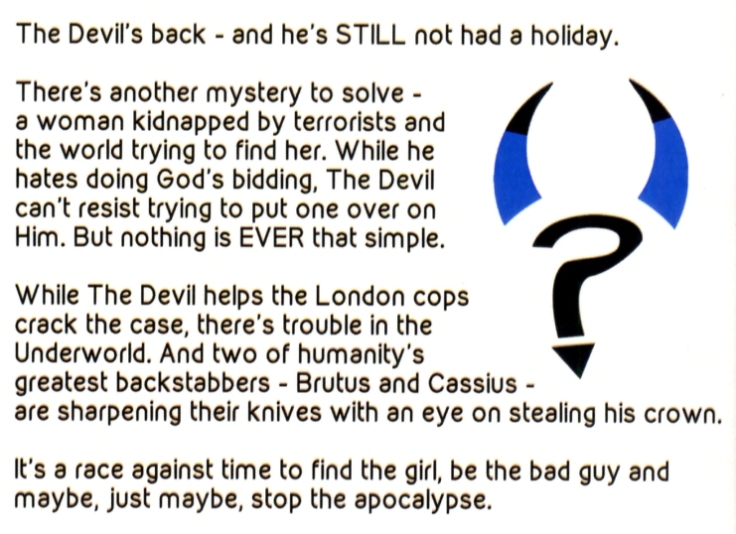 THE POSTMAN DELIVERS . . . Heaton and Whitelaw

This gritty police procedural is acted out against the backdrop of the ruinous London riots of 2011, and also focuses on what remains an unresolved scandal – the historic allegations of paedophilia among the great and the good of British political life. Terry DeHaviland has made his mark as a journalist by digging for dirt in the fertile ground of the celebrity secrets, but when he is murdered, Detective Sergeant Todd has to risk his career to find the killer, who is at the beck and call of some of the most powerful – and ruthless – people in the land. Knoxley Hall, by Eddie Heaton (below left) is published by Matador and is on sale now.

There has to be something satisfying about a book whose first page describes how the Pope, tired after a long day’s infallibility, trudges back to his private apartment and lets rip a luxuriously long and relieving fart. That being done, however, his life becomes a whole lot more complicated. One hell of a lot, one might say, as he is visited by none other than his adversary, The Devil. Back on earth to solve an ancient crime, he of the scaly tail leaves The Vatican reeling in his wake before blundering his way through twenty-first century Scotland in this highly original – and occasionally scabrous – black comedy from Jonathan Whitelaw (above right). Hellcorp is published by Urbane Publications and will be available in early July.