THE BUTCHER OF PRIORS HARDWICK . . . Murder at London End Cottage (2) 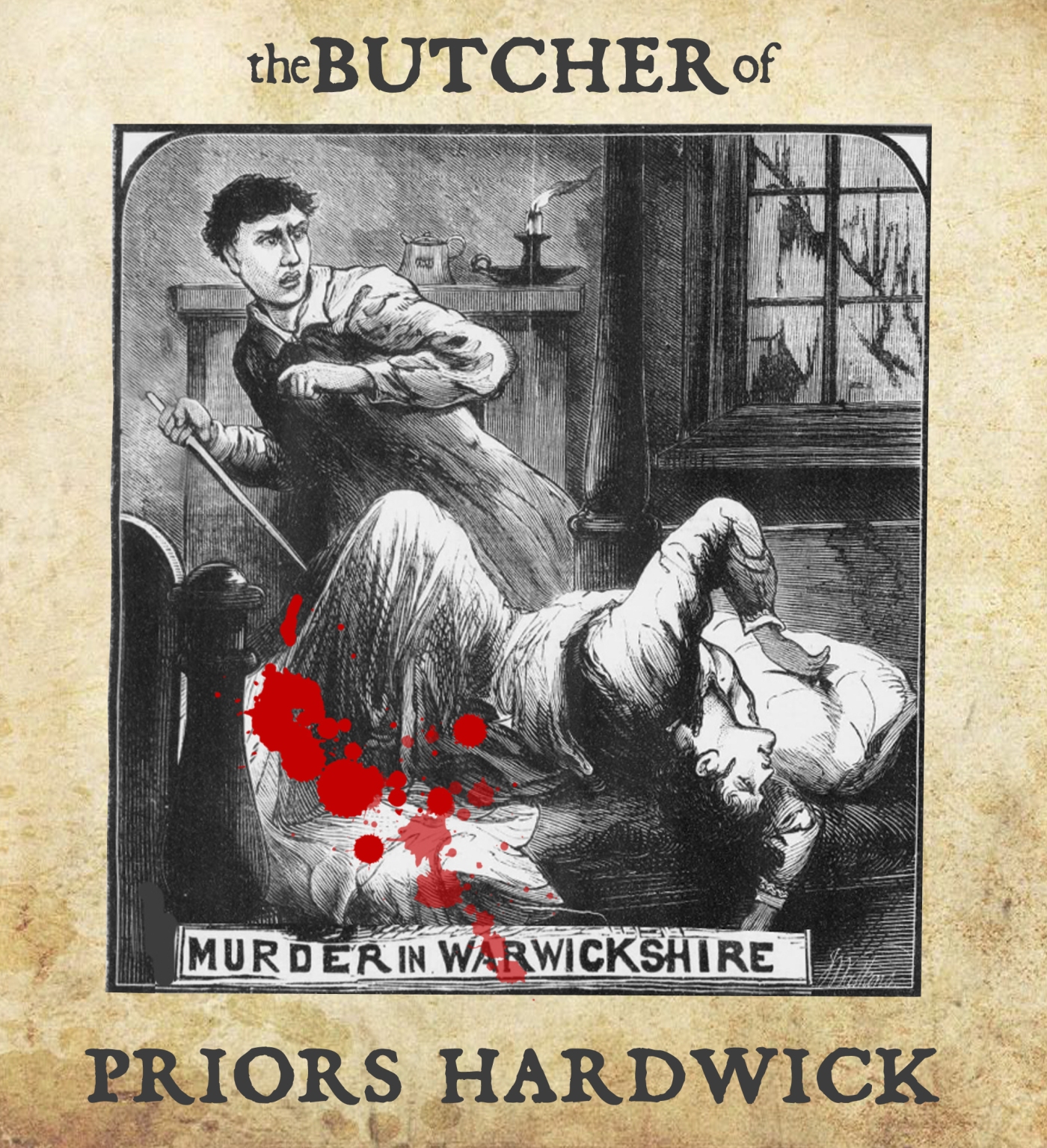 SO FAR: November 1872. Edward Handcock, 58,  a jobbing slaughterman and butcher, lives with his third wife, Betsy, and their children, in a tiny cottage on London End, Priors Hardwick. He is prone to bouts of drunkenness, and is a profoundly jealous man. He is convinced that Betsy, ten years his junior is, to use his own words, “whoring”. On the evening of 13th November, things come to a head. A subsequent newspaper report tells the grim tale. 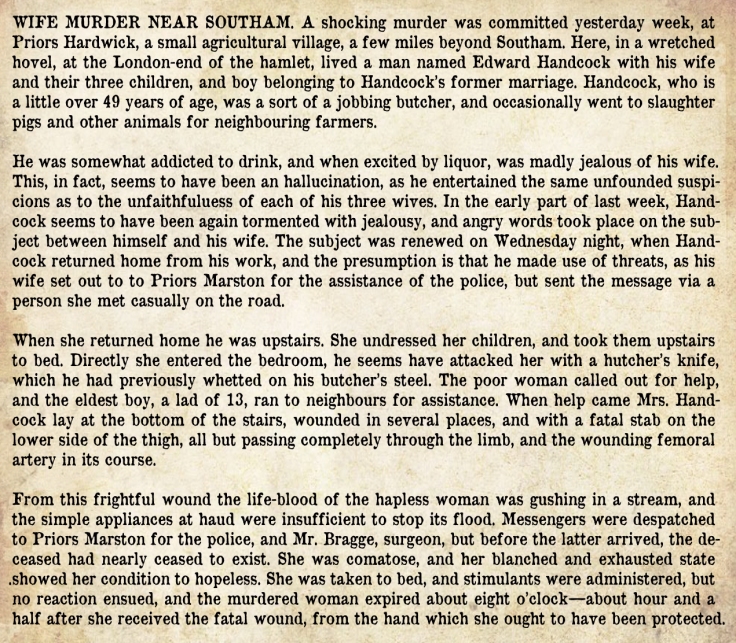 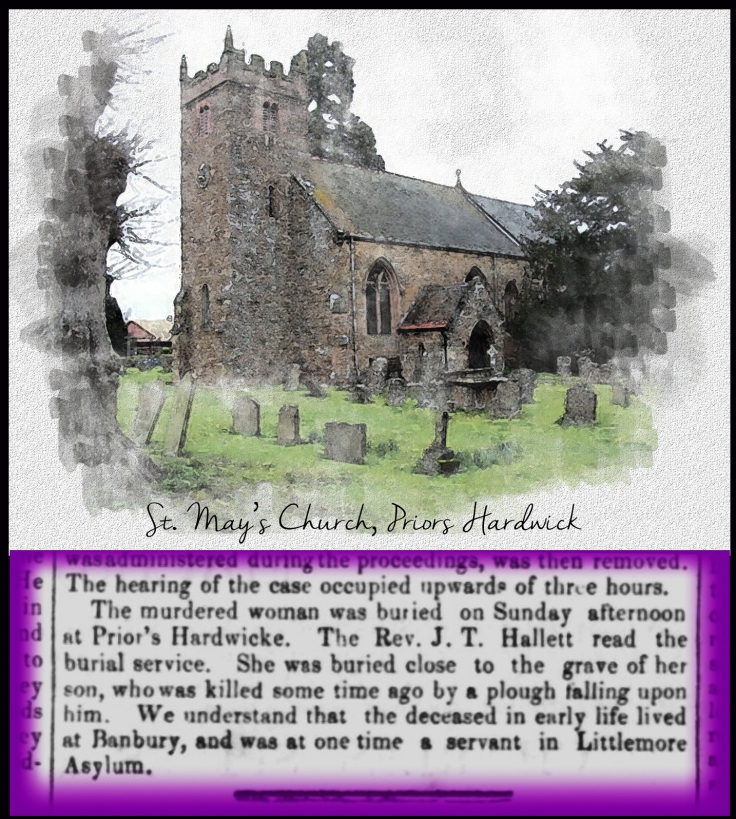 The procedure with suspected murder cases was relatively straightforward in concept, but could be lengthy. First came the coroner’s inquest, before a jury, to establish cause of death and a recommendation for the next stage which, if a suspect was believed guilty, was the local magistrate court. Finally, the suspect would be sent for trial at the county assize court, before a senior judge. The inquest on Betsy Handcock was held on 15th November at the village pub, The Butchers Arms – an appropriate venue in a macabre way. The medical evidence makes for grim reading:

Mr. Bragge, surgeon, of Priors Marston, said he saw the deceased woman just before eight o’clock, and found her in a comatose condition, but still partly sensible. He asked her what was the matter, and she pointed to her thigh. Examining the wound he found there was bleeding, and at once ordered her into a warm bed, and administered stimulants. She died in a few minutes after she was placed in the bed. He had made a post-mortem examination, and found the femoral artery in the left thigh bad been severed by a clean-cut wound. The wound was deep, and such as might have been caused by the knife produced. There was also a small punctured wound under the left armpit, and two small cuts on the left arm. The wounds could not have been inflicted by the deceased. Mr. Rice, surgeon, of Southam, gave corroborative evidence. He said the cut the in thigh severed the femoral artery and the vessels. 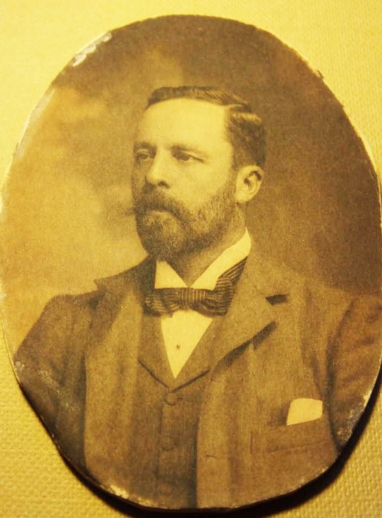 The worst part of these various hearings was that the two principal witnesses to the murder were the children, Walter and Eliza.  It was necessary for them to relive the ordeal three times over; first at the inquest, then in front of the Southam magistrates on 18th November, and then a third and final time in the much more intimidating surroundings of Warwick Assizes. The magistrates court was presided over by Major George Shuckburgh (left). Walter testified:

“My father’s name is Edward Handcock. I returned home from my work at Mr. Mumford’s (Prior’s Marston) Wednesday last about half-past five in the evening. I had my tea by myself as soon I got home. Before I began my tea mother said she would go and fetch a policeman, and she left the house. I did not hear what passed between my father and mother  before she went out. My father remained in the house after mother went away, and was in an adjoining room from where I was. After my mother left the house I heard my father sharpen his knife. I did not see him. but l am quite sure did so. My mother was gone about five-and-twenty minutes. She did not bring a policeman with her. I had finished my tea when she came back. Before my mother came back, my father went upstairs. I did not observe him take anything with him. I remained downstairs. When my mother came back, my father threw the casement of the window down into the court. I did not see him do it, but I heard the wood fall. My mother undressed the children when she came home. The children’s names are Eliza, Peter, and Minnie. After they were undressed, she took them upstairs, and said she expected there would be a “pillilu” when she took them up. I heard my mother say “Walter, Walter, he’s cutting me.” and I ran out of the house to tell the next door neighbour, Edward Prestidge.”

Edward Handcock was duly sent for trial at the December Assizes, in front of Sir George Bramwell Knight, and he was found guilty and sentenced to death on 18th December. What kind of Christmas he had doesn’t bear thinking about, but on Tuesday 7th January 1873, he was led to the scaffold inside Warwick Gaol. The executioner was George Smith, known as “Throttler Smith”. What was known as ‘the long drop’, where the condemned person died almost instantaneously, was some way off, and Handcock’s death was certainly not swift. 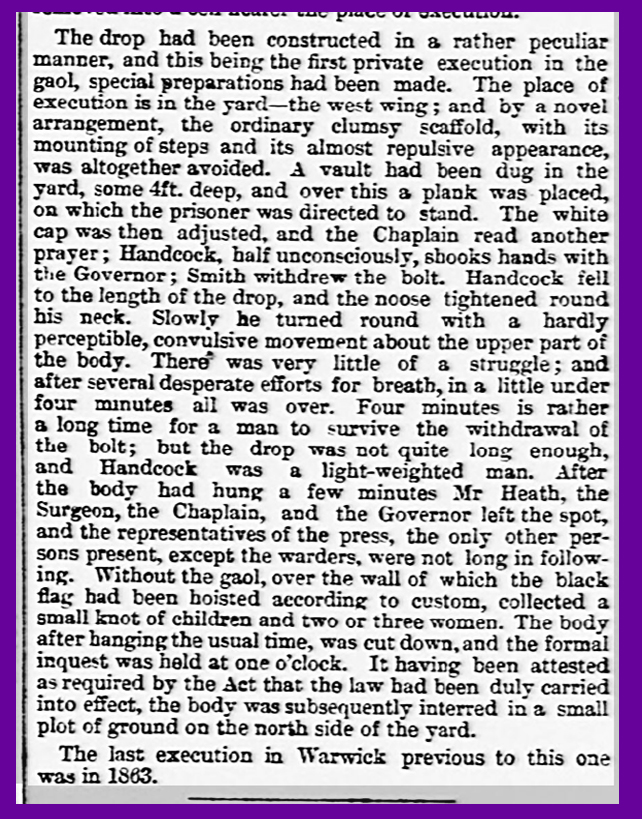 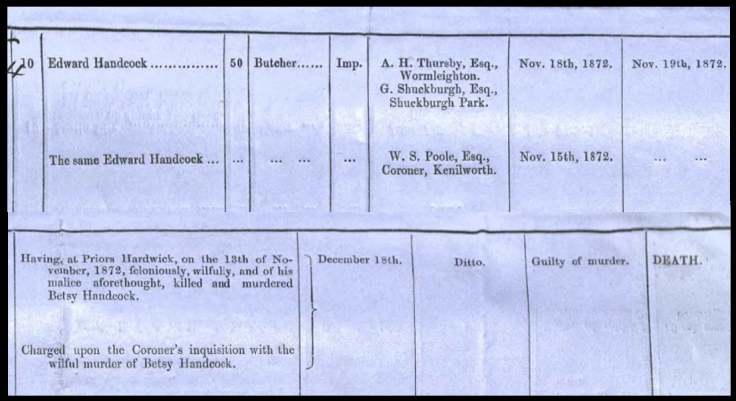 FOR MORE HISTORIC WARWICKSHIRE CRIMES
CLICK THE IMAGE BELOW 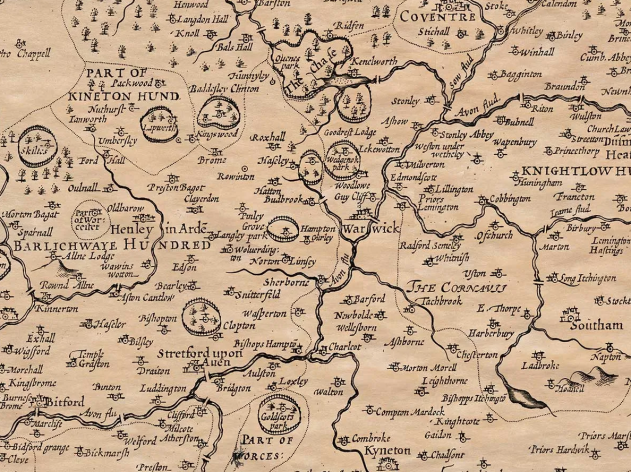