UNDER THE MARSH . . . Between the covers 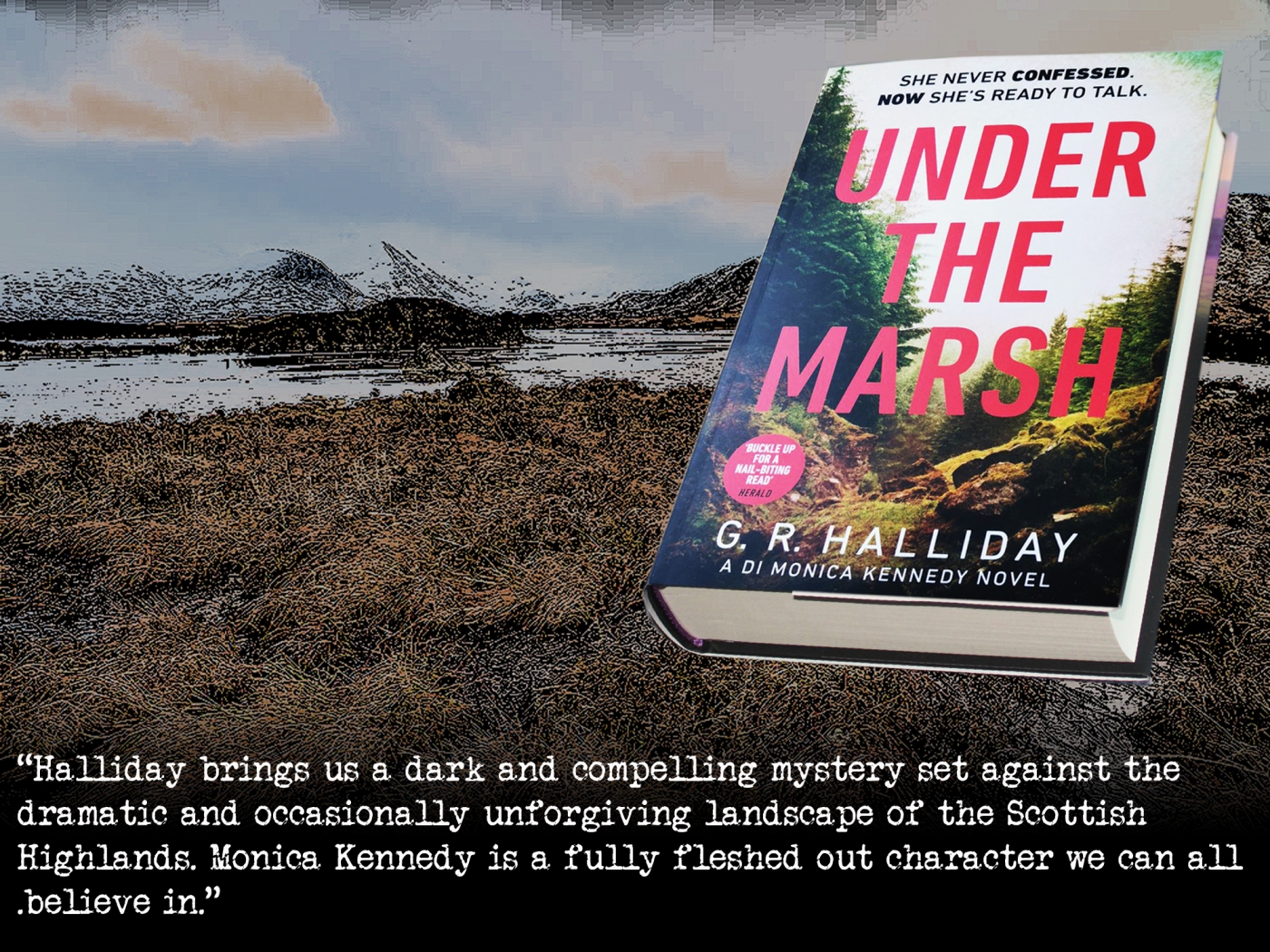 This is the third novel by GR Halliday featuring Inverness copper DI Monica Kennedy, and you can read my review of the previous book, Dark Waters, by clicking on the title link. DI Kennedy’s life revolves around being the best mother she can be for her five year-old daughter Lucy, and solving serious crime for Police Scotland. When those two vocations collide, she is helped out by her willing, but rather reproachful mother.

The novel begins with one of those “She’s Leaving Home” moments, but there is a difference. The worst that we know of what became of the girl in the Beatles song is that she went off with a man from the motor trade. What happens here is worse. Much, much worse.

One of Kennedy’s chief scalps was serial killer Pauline Tosh, who now faces spending the rest of her days in a remote high security jail. Out of the blue, Tosh requests a visit from the officer who ended her murderous career, and what she reveals sets off a search for a body. When it is discovered, and is revealed to be that of the long-since missing Freya Sutherland, what is in effect a massive cold-case-murder hunt is put into place.

I am not the greatest fan of the split time frame mode of storytelling, but Halliday uses it sparingly. Freya’s links with some minor celebrities back in the day provide leads for the investigation, but they are not necessarily fruitful. Along the way, the author has fun painting dark pictures of people who were once ‘something’ in the entertainment business, but whose best days are long behind them, but the questionable ethics and narcissism that brought them fame are as strong as ever. More troubling for Monica Kennedy is that one of the people who crops up in her investigation into what happened decades ago is now a prominent Scottish politician.

Monica Kennedy gets on really well with her professional partner, DC Connor Crawford, but then he goes AWOL at a time when the investigation is floundering. When he does surface, it is to tell Kennedy that he is in la merde profonde. He has become captivated with a Lithuanian stripper who works for one of Scotland’s major villains, who now has compromising footage of Crawford and Emilija. This footage will be revealed to all and sundry unless Crawford agrees to feed him with information. It is not all doom and gloom, however, as Crawford has had a bit of luck via a cassette tape which seems to indict several of Kennedy’s suspects in the search for Freya’s killer. 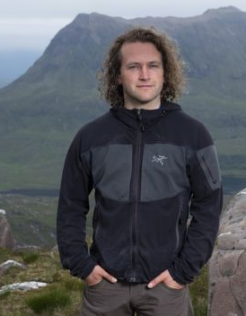 As with all good crime writers, Halliday (right) leads us up the garden path, and killers (plural) are actually found, but the solution is surprising and beautifully complex. Oh yes, I almost forgot. From his bio, GR Halliday is a lover of cats, so if you share his passion, there are cats in this story. Several of them.

The author brings us a dark and compelling mystery set against the dramatic and occasionally unforgiving landscape of the Scottish Highlands. Monica Kennedy is a fully fleshed out character we can all believe in. Under the Marsh is published by Vintage, and is available now.