NOBODY’S AGENT . . . Between the covers 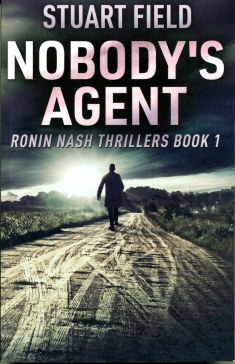 Central character Ronin Nash is a Scot who found himself in America, did a spell in the armed forces, and then worked as an FBI agent. When he is sidelined as a scapegoat in a kidnap case which went tragically wrong, he retreats to a lakeside log cabin hideaway, but is recruited by his former boss to join a new outfit, the Inter-agency Investigation Bureau. He is sent to the small town of Finchley in upstate New York to find out the investigate the discovery of three dead bodies in an abandoned mine just outside the town.

I did wonder about the wisdom of a British writer setting a novel in America. Of course, James Dover Grant (aka Lee Child) made a pretty good job of it, as did John Connolly (although he’s Irish, of course) with his Charlie Parker books. Stuart Field does pretty well at creating an authentic small town America backdrop, to be fair, and the only distractions were some odd typos which should have been spotted by the editor.

The ‘small town, big secrets’ trope has been a staple of crime fiction and movies for a long time, perhaps never better than in Bad Day at Black Rock, the superb 1955 film based on the short story “Bad Time at Honda” by Howard Breslin, but how does Nobody’s Agent match up? Very creditably, in my view. Stuart Field handles the stock characters – the town gossip, the flawed Sheriff, the maverick investigator and the suspicious townsfolk – with flair and confidence. 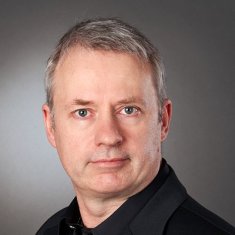 We learn pretty quickly that something is not quite right in Finchley, but Nash spots this, and realises he is being played. He is smart enough to let the players assume he is ignorant of what is going on and the only question in his mind is just how many of the Sheriff’s Department – and other significant townsfolk – are in on the secret.

Stuart Field (right) is a British Army veteran who now works in security after serving twenty-two years in the British Army. As well as working full time he writes in his spare time. Stuart was born and raised in the West Midlands in the UK. His love for travel has been an inspiration in some of his work with his John Steel and Ronin Nash thriller series. As well as future John Steel novels, Stuart is working on a new series and standalone novels. Nobody’s Agent is published by Next Chapter, and is available now.