ALL THAT LIVES . . . Between the covers 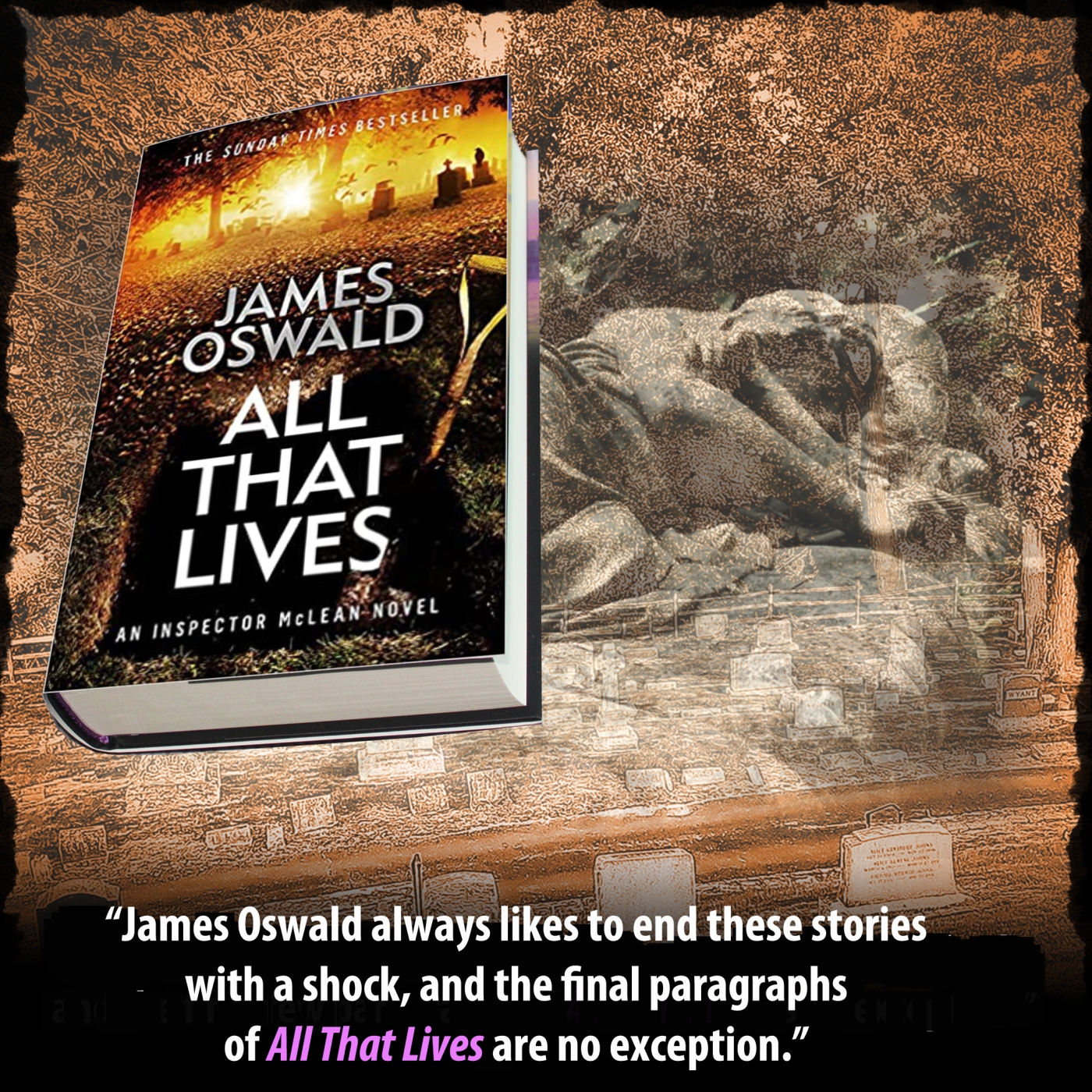 Back in the day I was a school music teacher, and I remember one Christmas – always the busiest time of year – turning out one cold night for yet another carol service. I remember saying something along the lines of, “I never want to hear ‘O Little Town of Bethlehem’ ever again in my life!” An older and wiser colleague said, “Yes this is the sixth carol service you’ve played at in as many days, but you need to remember that for most of the people here tonight, it’s their only one this Christmas, and those are the people you are playing for.”

That reminiscence may seem unrelated to a book review, but it is relevant. When reviewing the latest book in a long and successful series it is tempting to think that all prospective readers will be fully up to speed with the quirks and history of the main characters. But that’s not so. Thankfully, people come to books at different times and for different reasons, so a paragraph about Edinburgh copper DI Tony McLean won’t be wasted. If you already know, then just skip ahead.

DI Tony McLean is a middle-aged police officer, but not your normal fictional copper. For a start he is very rich, thanks to a family inheritance. He was educated privately at a boarding school in England, an experience he hated at the time, and it still gives him nightmares. His significant other is a woman called Emma, and author Oswald gives her an interesting role in the books. She has been subject to various health scares in the past – including a tragic miscarriage – and she has always seemed the vulnerable one in the partnership. McLean has been gifted – or cursed – with a certain sensibility towards things paranormal, and although the supernatural is not overplayed in the books, there is a sense that McLean sees – and feels – things that his colleagues cannot. One of his acquaintances is a person who lives his life as a female psychic called Rose, and she is frequently warns McLean of things which he may not yet be aware of. McLean’s nemesis (apart from his various bosses) is a mysterious woman called Mrs Saifre, ostensibly a rich patron of charitable causes, but with a sinister hand in all manner of more dubious enterprises.

Still with me? Good! So, to All That Lives, the twelfth in an unfailingly brilliant series. The core of the novel is the police search for the source of a virulent narcotic which, when ingested, causes extremely violent – and fatal –  seizures. Just as troubling for McLean is a pair of discovered bodies – one from medieval times, and another from the 1990s. What disturbs him, is that the positioning of the bodies is unusual – and identical in both cases. A third body is discovered and the circumstances match the previous two. What hellish connection links the three corpses over a period of 700 years?

Things go from bad to worse for McLean’s major Incidents Team. First McLean is distracted by Emma falling seriously ill, and he wears himself thin between being at her bedside and trying to solve the case. When he himself disappears, the investigation is in danger of imploding. Detective Sergeant Janie Harrison, with the help of Grumpy Bob – the pensioned-off copper who is in charge of old case files – manages to find what links the bodies and the fatal drug, and the conclusion is violent and dramatic. James Oswald always likes to end these stories with a shock, and the final few paragraphs of All That Lives – which is published by Wildfire on 17th February – are no exception. For reviews of earlier books in this series, click the author’s image below.