A FATAL CROSSING . . . Between the covers 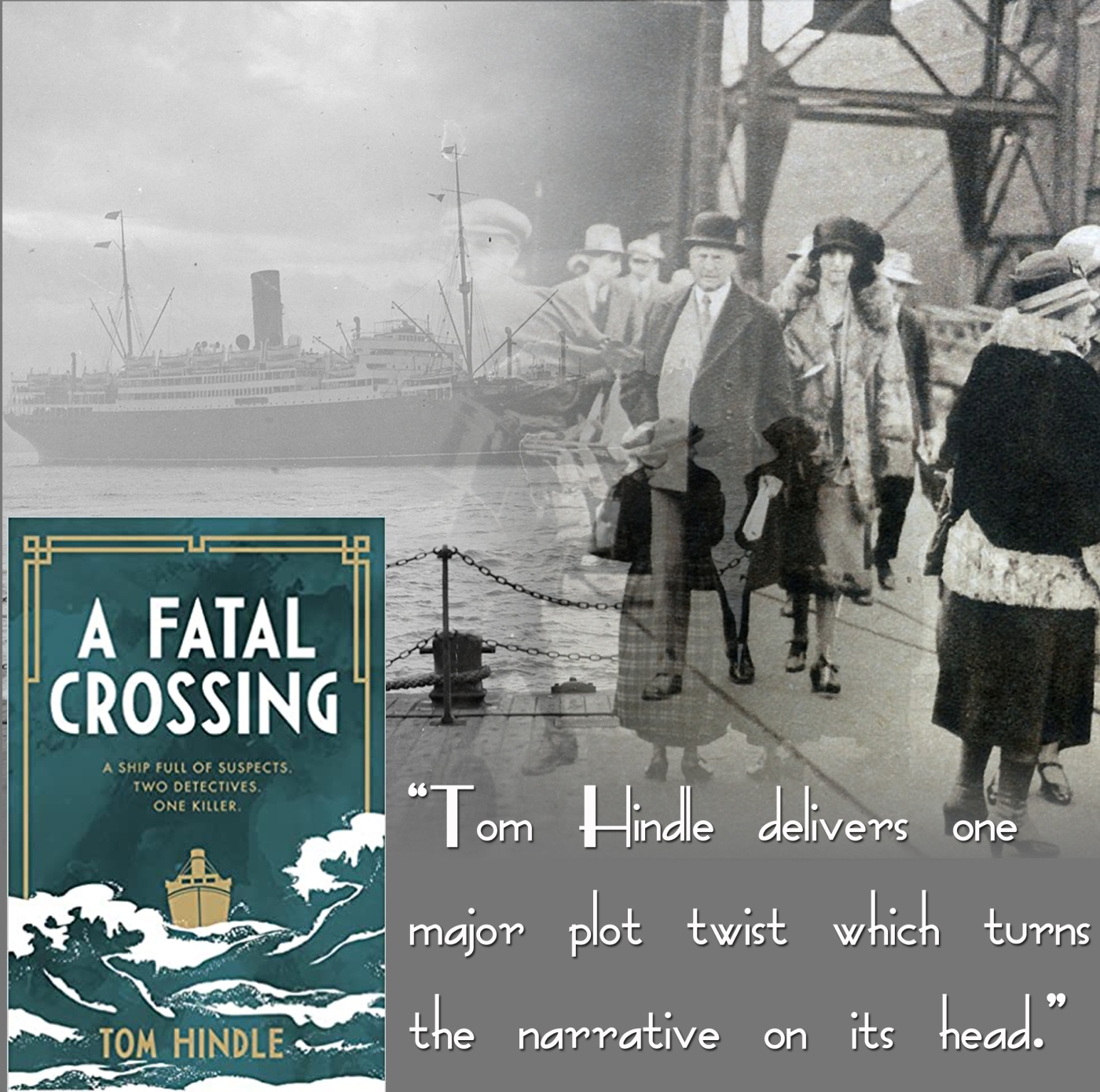 There’s a pleasantly old fashioned feel to Tom Hindle’s debut novel, and that’s not simply because it is set on board a transatlantic liner in 1924. Neither is it because Hindle (below) has chosen to write a pastiche of a Golden Age murder mystery. It’s more to do with the patient and careful plotting, and the absence of distracting then-and-now time frames and tricksy playing around with multiple narrators. So, what do we have? 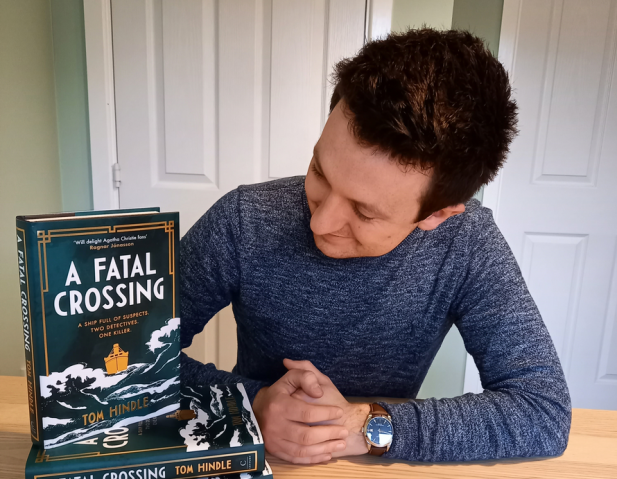 The Endeavour is sailing from England to America with 2000 passengers and crew. November in the Atlantic is not a time for the travelers to be spending much time on deck taking the sea air, but the atmosphere becomes distinctly chillier when an elderly man is found dead at the bottom of a companionway. Endeavour’s Captain – on his final voyage before retirement – and Ship’s Officer Timothy Birch are anxious to log the death as an unfortunate accident on a slippery surface, but another passenger – English Detective Inspector James Temple – is not so sure. He is heading for New York on police business, about which he initially remains tight-lipped, but he is convinced that the death of Denis Dupont is no accident.

The essence of the problem facing Birch and Temple is that once Endeavour docks in New York, the passengers, including the murderer, will disperse to the four winds. Fans of true crime will be reminded of the real life drama which was played out on the Atlantic liner Montrose in 1910 when Hawley Harvey Crippen was arrested trying to flee British justice. Things are not so straightforward for Temple and Birch, however, as they uncover a complex plot involving other passengers, art fraud and various other deceptions.

I said at the outset that the book’s style is relatively straightforward, but Tom Hindle delivers one major plot twist which turns the narrative on its head. We are drip-fed information about Birch’s personal life. We know he was wounded in The Great War, and is estranged from his wife. But what is the fragment of yellow ribbon he carries with him at all times? What is the heartbreak that seems to shadow his every waking moment? When we find out, it is a crucial and disturbing revelation.

Tom Hindle’s bio tells us that he is a Yorkshireman spending his days in the south. He hopes to one day live by the coast, with a golden retriever, as a full-time writer. For the time being though, he lives in Oxfordshire with two tortoises and works for a public relations agency. When he isn’t writing, Tom can often be found playing some kind of musical instrument, baking a mean batch of brownies or watching a film that’s likely to involve dinosaurs, superheroes or time travel. A Fatal Crossing is published by Century/Penguin and is out now.