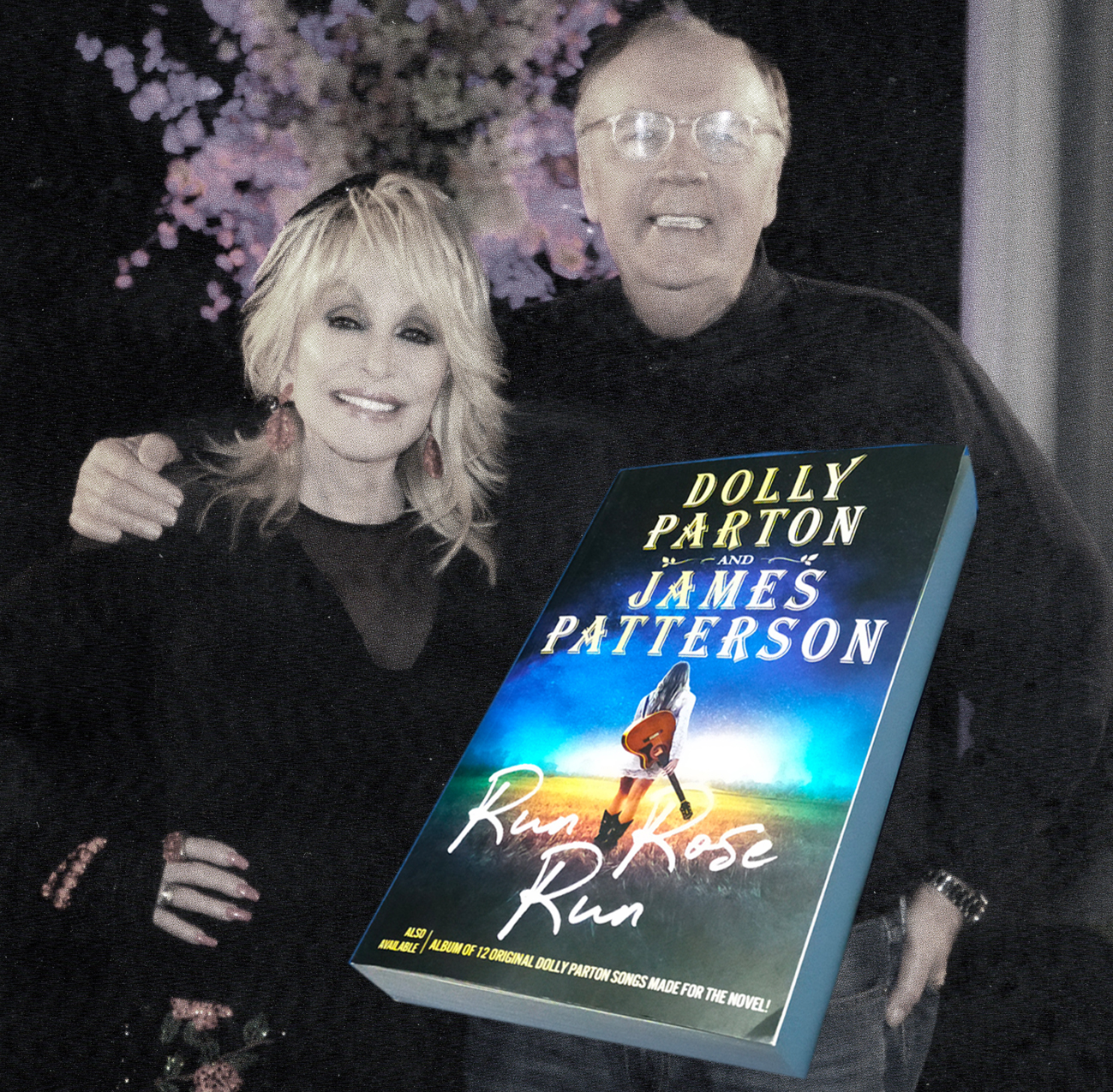 No apologies. There is no musician, alive or dead, that I admire more than Dolly Parton. Her wonderful songs ( I Will Always Love You and Jolene, written on the same day, apparently ), her performances, like the time she wowed Glastonbury, her self deprecating humour, her way with smart-ass journalists who expect to find only a blonde wig and big boobs, her common decency and – above all – her philanthropy, typified by the Dollywood Foundation,  created in 1988  to inspire the children in her home county to achieve educational success, and Dolly Parton’s Imagination Library.

You can argue that James Patterson has written too many formulaic books, too often using collaborators, but I think his Alex Cross series, particularly the first half dozen or so, are as good as anything written in the genre . Again, here is a man who has spent many millions of dollars on improving literacy in schools and communities across America.

Dolly and James together? Imagination? No, it has happened. James and Dolly have written a novel called Run, Rose, Run. It tells the story of a Country singer on the brink of stardom, but also on the run from the law. Who wrote what doesn’t bother me. We know James can write, and I would put nothing past Dolly. Best of all is that Dolly has recorded a brand new album of twelve songs linked to the book, and I can’t wait. Huge thanks to Century for sending me a proof copy of the book, which is due out in March 2022.