THE PERFECT LIE . . . Between the covers 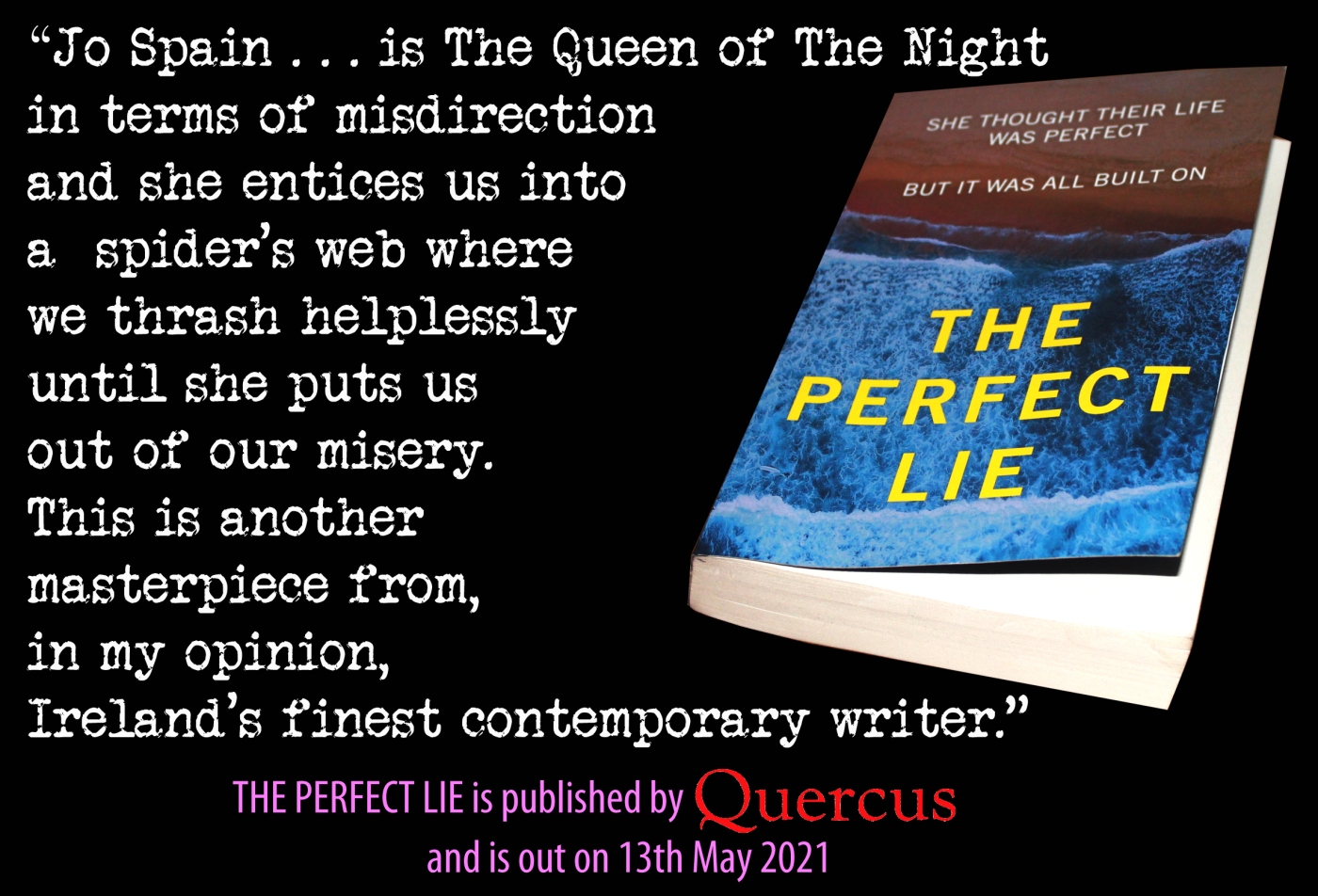 When you read a Jo Spain stand-alone novel, you know you are going to be misled, made a fool of, and led up the garden path – all in the nicest possible way. Her Tom Reynolds police procedurals (see some reviews here are more straightforward and stick to the conventions of the genre, but when she spins a yarn outside of those confines, you learn to trust her narrators about as far as you can throw a grand piano. 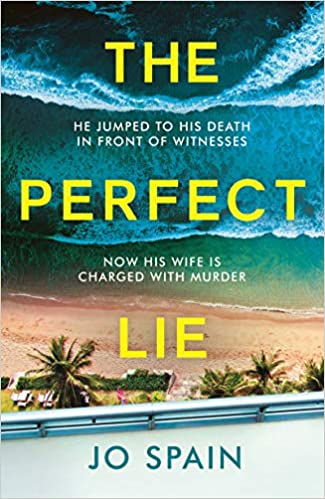 Such is the case in The Perfect Lie. Erin Kennedy – an Irish lass – works in publishing in New York, is married to American cop Danny Ryan, and they live in Newport, Rhode Island. No, Danny is not a fellow Celt, despite his surname, but beautifully black, at least in Erin’s eyes. One morning, she answers the doorbell to their apartment and admits Danny’s cop colleague Ben – stern of face –  and a couple of fellow officers. Within seconds Danny, freshly showered and shaved for the day’s shift has walked to the  balcony and jumped to his death on the concrete four floors below.

What follows is a journey into a labyrinth of blind alleys and false assumptions. Erin learns that Danny was the subject of an internal police inquiry, and was about to be arrested for corruption. She later discovers that he had secret bank accounts containing tens of thousands of dollars. Two other significant characters are introduced; Cal Hawley,  the scion of a wealthy local family who has some connection with what Danny Ryan was involved in before his death, and Karla Delgado, a feisty lawyer who agrees to work for Erin pro-bono.

The split narratives of the book are not for complacent or inattentive readers. A couple of times I had to check back and make sure that I knew exactly what was going on. The viewpoints are these:

Bullet points one and three seem to be incompatible, so you might think that the obvious solution is that Danny did not die as we are told in the first few pages. The fact that Erin is not allowed to ID her husbands body, and that he is cremated in a closed casket suggests that something strange is going on, but what, exactly – and why? Eventually, the link between Ally, her mentee Lauren Gregory, and the Danny Ryan/ Erin Kennedy story is revealed. And Jo Spain has tricked us – well, I certainly fell for it –  into making a huge assumption.

Jo Spain has has created her own version of the classic locked room mystery. It happened, yet it is impossible that it could have happened. She is The Queen of The Night in terms of misdirection and she entices us into a  spider’s web where we thrash helplessly until she puts us out of our misery. In the end, however, she can put on her best innocent face and say’ “who…me?’ because when the penny drops we realise we have misled ourselves.This is another masterpiece from, in my opinion, Ireland’s finest contemporary writer. The Perfect Lie is published by Quercus, and is out today, 13th May.