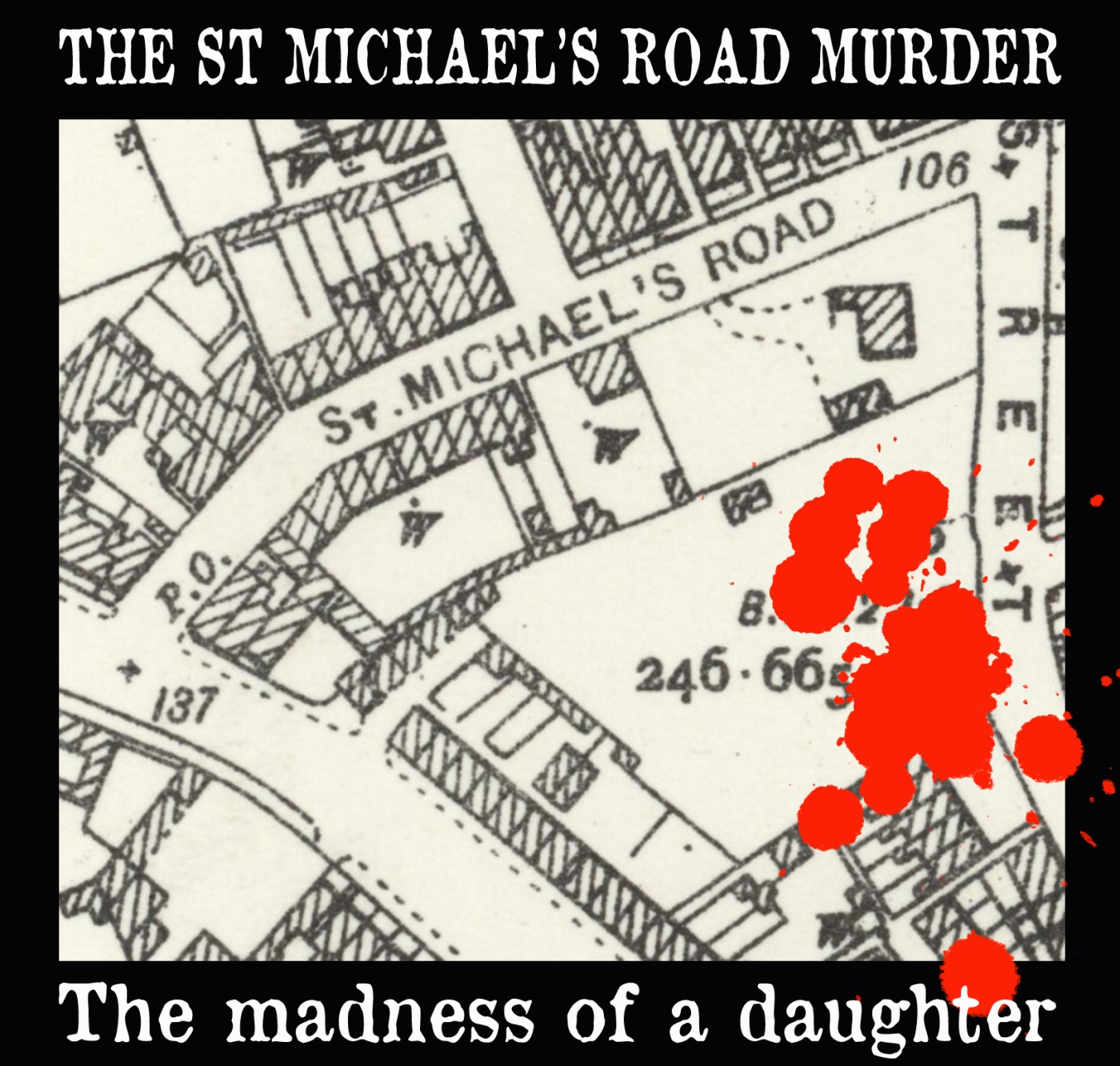 Louth. February 1950. Gladys Hirschberg is living with her mother Alice Wright at 32 St Michael’s Road (below). 55 year-old Gladys has had an eventful life. She married a soldier, Victor King, in 1916, was widowed the next year, and then went to Rhodesia with a new husband, and took his name, von Hirschberg. Gladys returned to England at the beginning of World War Two and served with the ATS. After a brief return to Rhodesia, she came back to Louth in 1946. 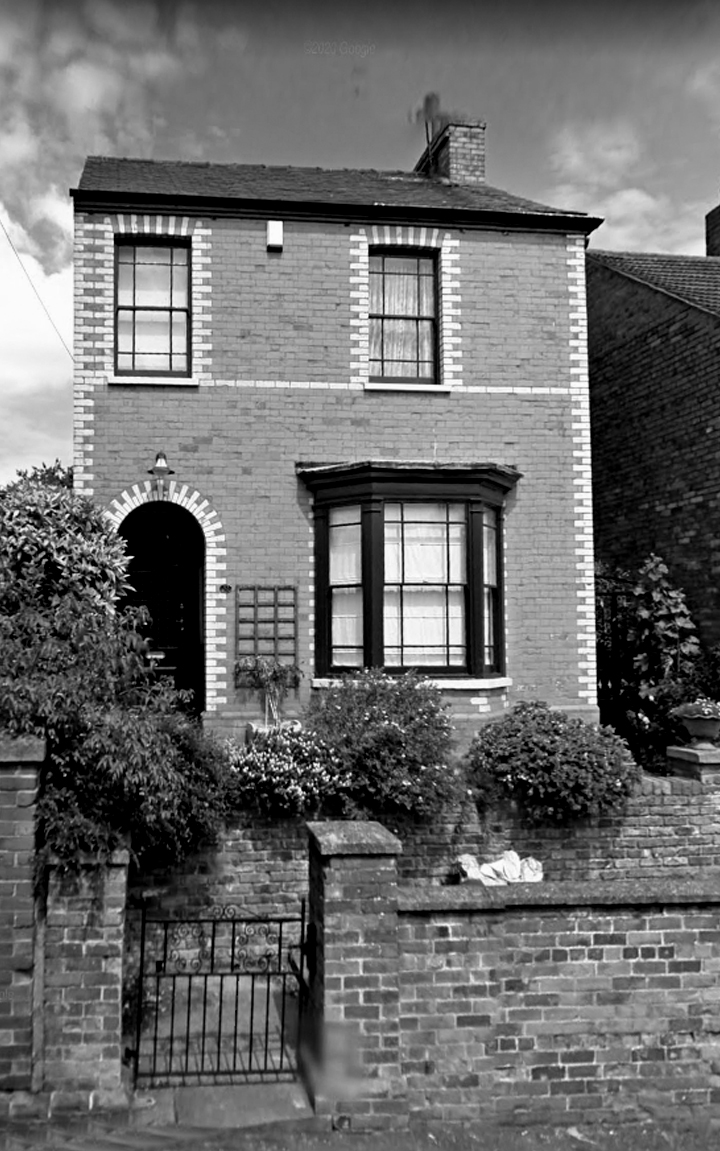 On the morning of Sunday 19th February, Mrs Lena Gibson who was a neighbour of Gladys and her mother answered a frantic knocking on her door to find Gladys, shaking and white faced. Gladys said to Lena:
“You had better come and see. I have killed my mother. I hit her on the head with a hammer.”
Entering No.32, Lena was horrified to see Alice Wright unconscious on the sofa, with a dreadful head wound. 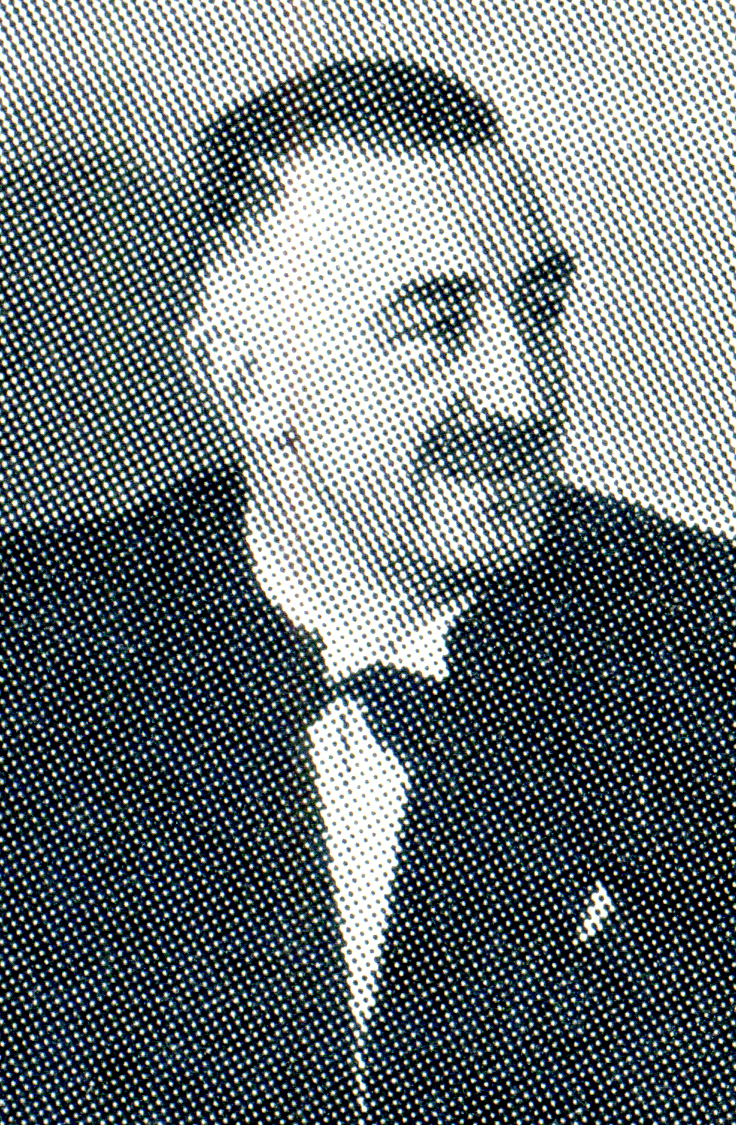 An ambulance was summoned and the police came and took Gladys into custody, She was formally charged with attempting to kill her mother. The senior officer who read the charge was none other than Superintendent George Todd (above), Gladys Hirschberg’s co-star in the Louth Playgoer’s production of The Winslow Boy in April the previous year.

Alice Wright never recovered consciousness and died two days later, so when Gladys Hirschberg appeared at Louth Magistrates Court on 21st February, the charge was murder. After another hearing on 11th March, Gladys was committed for trial at Lincoln Assizes in June.

It seems that Gladys was in such a bad way that she was sent to Winson Green prison in Birmingham, because it had a secure mental unit, and it was from there that she came to trial at Lincoln on Tuesday 6th June. The presiding judge was George Lynskey.

This is the newspaper report of proceedings:

“In court she wore a black coat and a grey jumper. She looked pale but seemed composed. She pleaded not guilty in a clear voice. While the Jury was sworn in she stood with bowed head and downcast eyes between two women prison officers. The courtroom was crowded, the majority there being women.

Hirschberg was defended by Mr. R. C. Vaughan. K.C.. and Mr. W. K Carter. Mr S.L.Elborne, prosecuting, said that Hirschberg had been living in Rodesia and had returned to England to look after her mother. Later, after living at home and then working in London, she had an offer of another job in Rhodesia, and her mother was going with her. The home and furniture were to be sold. Mrs Wright was over 80, and apparently the accused thought she was doing right by moving her to Rhodesia.

Hirschberg then became more troubled about the situation, and February 19th she told a neighbour that she had hit her mother on the head with a hammer and had killed her. Mrs Wright was found with severe head injuries and died later in hospital.

The neighbour, Lena Marjorie Gibson said Hirschberg had worried about taking her mother to Rhodesia and felt she was taking away her security by selling the house. Hirschberg had been widowed in the first war, married a Belgian and had said this marriage was unhappy. She had sought refuge in Army work during the war and became a junior commander in the ATS.

Mrs. Gibson described how Hirschberg became more worried, had financial worries when her husband stopped her allowance, and felt she was a failure and her life futile.

She had fits of depression and on one occasion was seen crouching in an animal attitude with staring eyes and twitching face.

“I was afraid she was no longer sane.” said Mrs. Gibson. She had also said herself she felt her mind was going. In statements to the police Hirschberg was alleged to have said that her mental state made her want to escape from her responsibilities. She tried to gas herself, and then decided it would be best if they both “went out” because some aspects of her life had been a failure.

“Quite suddenly a cloud came over me and 1 felt I must end it all for both,” Something in her brain told her she must do it but only part of her knew what she was doing with the hammer. She had hit herself on the head with the hammer. The last few weeks had been a terrible effort as if her hands and brain had not co-operated without terrific effort. 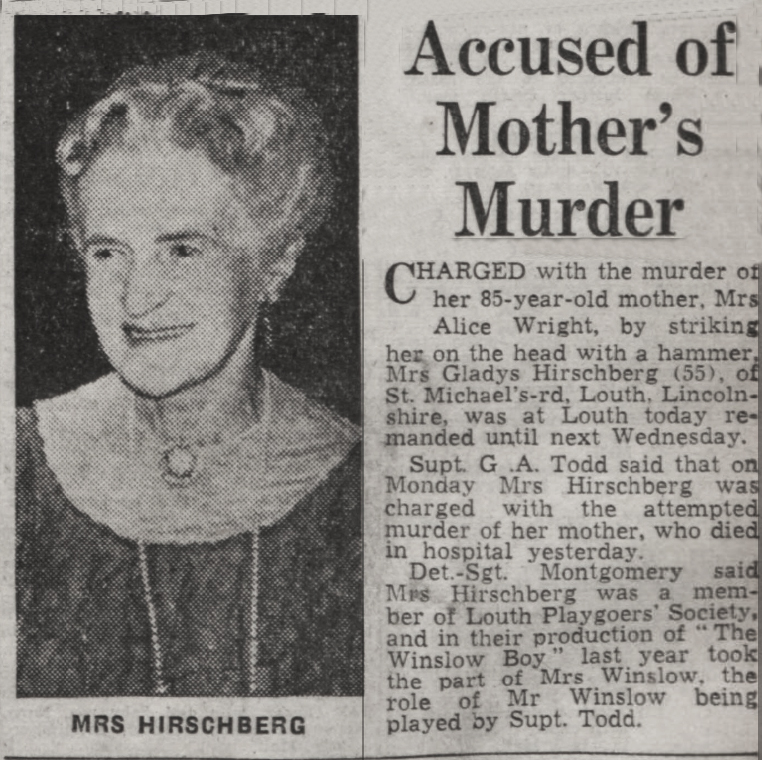 Called for the defence, Dr J Humphreys of Birmingham prison said Hirschberg considered herself a failure in her job in London and had a feeling of guilt that her friends were having to do things for her mother which she felt she should have been doing. She was suffering from an acute sense of chronic depression which was a mental disease. While in prison,said the doctor, Hirschberg swallowed five needles because she said she wanted to suffer physical pain instead of the anguish she was feeling.

She had told him she was an outcast and dare not approach God in prayer – which was born out by the fact that she refused to go to the prison chapel or see the chaplain.

When she committed the act she would not know that what she was doing was wrong. Evidence that she was suffering from a mental disease was also given by Dr. M. Sim, a psychiatrist at a Birmingham hospital.“

The prosecution didn’t challenge the assertion that Gladys Hirschberg did murder her mother whie insane, and she was sentenced to be detained “at Her Majesty’s Pleasure.”

There is a poignant postscript to this sad tale. A few years later, Messrs Falkner & Co, Solicitors, of 17 Cornmarket, Louth acted for Gladys Hirschberg as she applied to change her surname to King. This was of, course, in remembrance of Victor Algernon Robert King, her young husband who had perished in Flanders thirty seven years earlier. In this legal claim, her address was given as Crowthorne, Berkshire, which is home to the secure mental hospital known as Broadmoor.