WHAT WILL BURN . . . Between the covers 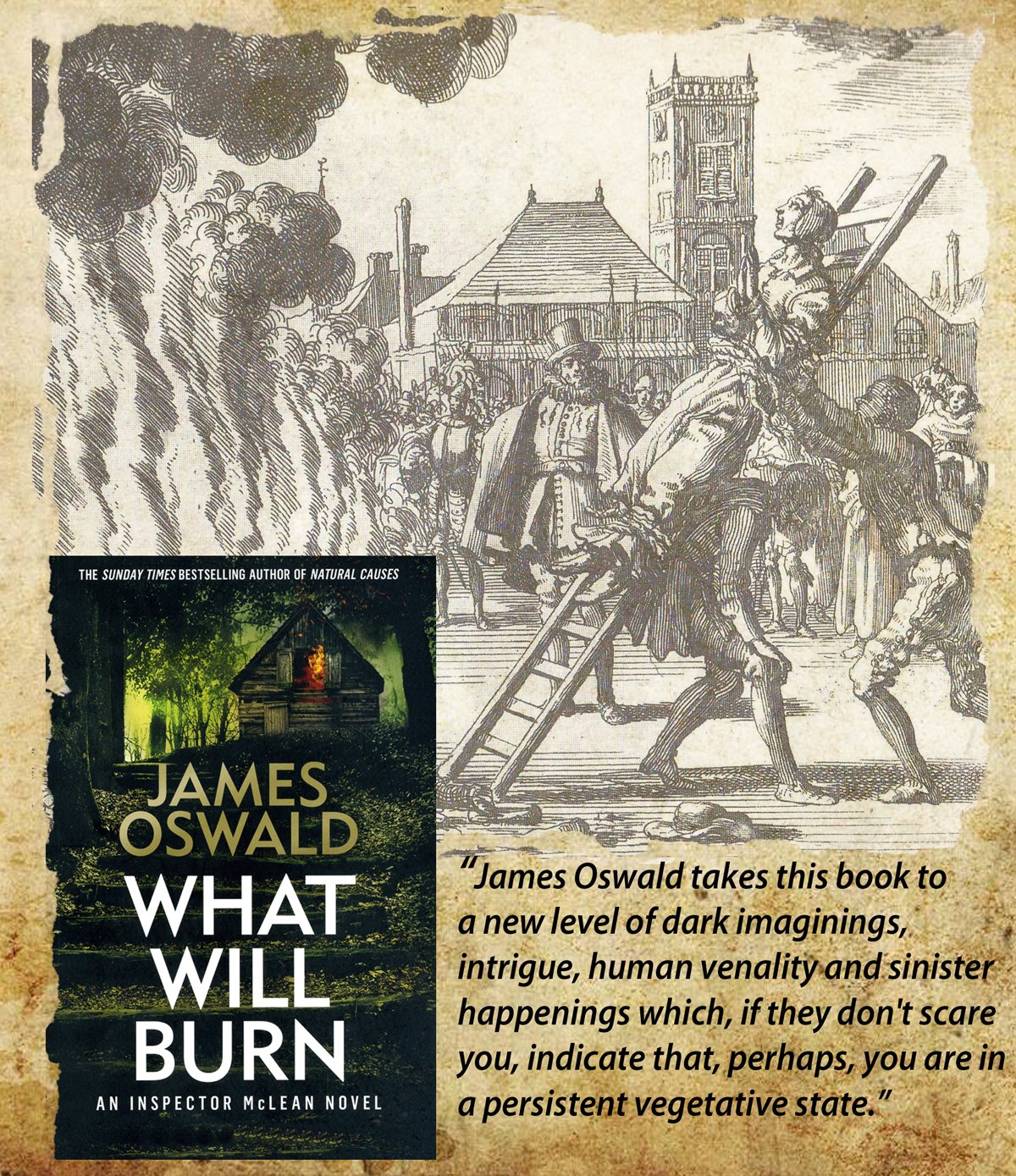 As the title suggests, What Will Burn is all about fire. It begins with an old woman, badly beaten and then set alight. There are passages which hark back to the late sixteenth century, and describe the dreadful end of women who were accused of witchcraft and burnt at the stake. A man apparently spontaneously combusts as he sits in his basement flat. It ends with a grim parallel to those scenes when one of the book’s main characters, suffers a similar fate in a grim parody of those historical executions.

So, what has all this to do with James Oswald’s Edinburgh copper, Detective Chief Inspector Tony McLean? Or, to be more accurate, Detective Inspector McLean, as he returns to duty busted down a rank after a lengthy investigation into misconduct.

His ‘welcome back Tony” case is that of the agonising death of Cecily Slater, an elderly member of an aristocratic family, who has lived alone in a crumbling cottage in the woods above Edinburgh. Her charred remains have gone unnoticed for some time, until an estate worker who runs the odd errand for the old woman makes a grisly discovery.

McLean also becomes involved with a controversial campaign called Dad’s Army. They are not the avuncular dodderers from Walmington-on-Sea, but a group of embittered men who, for one reason or another, have been denied access to their children. They are led – and empowered – by a lawyer called Tommy Fielding, a man who who has a seemingly pathological hatred of women, and is undeterred by the fact that many of his clients have been separated from their children due to allegations of serious sexual abuse.

All good police procedural series need a repertory company of regular characters, and the Tony McLean books are no exception. There’s Grumpy Bob, guardian of the cold case records down in the basement, Detective Constable Janie Harrison – now Acting Detective Sergeant Harrison, the lugubrious Detective Constable ‘Lofty’ Blane. McLean himself is a fascinating character. Thanks to a legacy, he has the luxury of being financially independent of his job, but loves the work. He also has the mixed blessing of being someone who is sensitive to things paranormal, and beyond the ken of the Police Scotland operational handbook. Away from the station, there is the strange character of Madame Rose, a transexual psychic who can always be relied upon to provide a sense of things “not dreamt of in our philosophy”.Last but not least, there is Mrs McCutcheon’s cat. We never see the owner, but the moggie is a permanent resident in McLean’s house.

There is a new member of the cast in this novel, in the person of Chief Superintendent Gail Elmwood, freshly signed from the Metropolitan Police to head up Tony’s team. Let’s just say that she is not your conventional senior police officer. 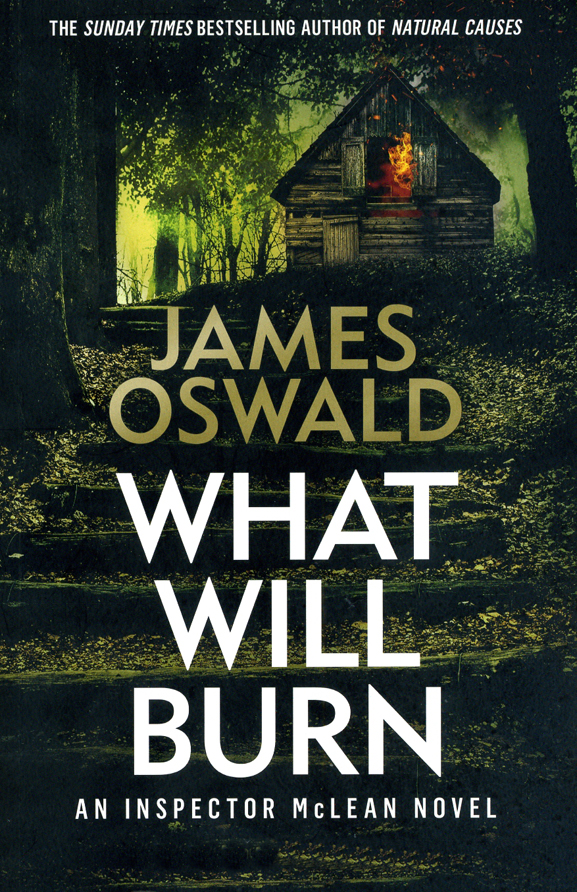 As the reviewers’ cliché has it, the body count gets higher. Readers expecting a conventional solution to the criminal activity in What Will Burn will search in vain. James Oswald takes this book to a new level of dark imaginings, intrigue, human venality and sinister happenings which, if they don’t scare you, it perhaps means that you are in a persistent vegetative state. What Will Burn is published by Wildfire, and is out today, 18th February.

I am a confirmed and long-standing fan of the Tony McLean series. To read reviews of earlier novels, click here.