I haven’t done a ‘Postman Delivers’ feature for ages, mainly because during our annus horibilis of 2020, books have come in dribs and drabs. Maybe today’s “thump, thump, thump” of books hitting the doormat are a sign of better things to come, in all sorts of ways. Let’s hope so.

A GOOD MAN by Ani Katz 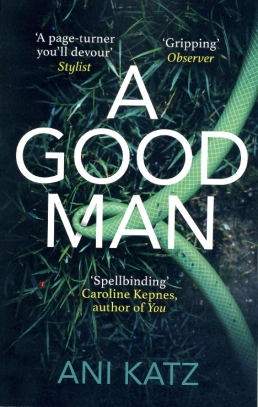 Fans of dark domestic drama should love this. The ‘good man’ in question is Thomas Martin. He was the perfect family man, husband, father son and brother. He had a dream job and a lovely home. But when disaster strikes, and dreadful suffering is inflicted on those he loves, he is forced to conduct the most forensic examination of his own personality, motivation and actions. Ani Katz is a writer, photographer and teacher. She was born and raised on the south shore of Long Island, and holds a MFA in photography from Columbia College, Chicago, and a BA from Yale. She lives in Brooklyn. A Good Man is published by Windmill/Penguin Random House. It came out in hardback in January last year and the paperback will be out on 11th February.

THE WHISPERS by Heidi Perks 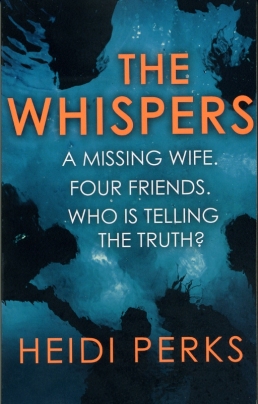 I reviewed – and loved – an earlier Heidi Perks novel back in 2019, when Come Back For Me was published. Her latest novel tells the story of Anna Robinson, a woman with the perfect family, and everything in the world going for her. One night she goes out to have some fun with four old friends. And never returns. Why would she do this? What has happened to her? Are the rumours at school gates true?

Heidi Perks lives by the sea in Bournemouth with her husband and two children.She graduated from Bournemouth University with a BA (Hons) in Retail Management, and then enjoyed a career in Marketing before leaving in 2012 to focus on both bringing up her family and writing. The Whispers is published by Cornerstone Digital/Century and will be available from 18th March as a KIndle, and 15th April in paperback and hardback.

THE PERFECT LIE by Jo Spain

Jo Spain is, in my opinion, one of the most gifted writers we have. She is based in Dublin, and not content with creating a hugely popular police procedural series featuring Detective Tom Reynolds, she writes scripts and screenplays for television and cinema, and also managed to write superb standalone thrillers. The Perfect Lie belongs to the latter category, but moves the action from Ireland to America’s east coast. Erin Kennedy lives in Newport, Long Island with her detective husband Danny. Her idyllic life turns into a nightmare when he jumps to his death from their fourth-floor apartment.

In the traumatic months that follow his death, Erin learns that Danny was not the ‘regular guy’ everyone thought he was. If those revelations weren’t bad enough, she is then arrested and charged with his murder. Her previous life has morphed into something spectacularly dreadful – The Perfect Lie. Click this link to learn more about Jo Spain and her books.The Perfect Lie is published by Quercus and will be available in all formats from 13th May.