PEOPLE OF ABANDONED CHARACTER . . . Between the covers

There can be no historical event – save, perhaps, the assassination of John F Kennedy – which has attracted more theories, speculation and books, both fiction and non-fiction, as the killings attributed to Jack The Ripper in the autumn of 1888. My feature JACK THE RIPPER . . . In fiction, from the early days of this website, looks at just a few novels which have retold the tale.

Now, debut novelist Clare Whitfield has her moment on the stage with People Of Abandoned Character. Susannah Chapman is a rather unusual woman, in her early thirties, who has known at first hand the dreadful deprivation of that part of the east End of London known as The Nichol. The contemporary map of the area (below) grades streets with colours according to the level of poverty, with red indicating relatively comfortable residents through blue to black – the depths of squalor. 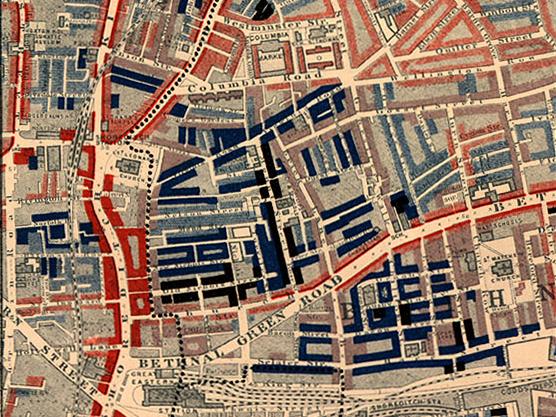 Susannah has no recollection of her father, and a memory of her mother so horrifying that she only turns to it in her nightmares. She is eventually rescued by her grandparents who take her to live with them in Reading. She chooses to become a nurse, and is accepted as a trainee at The London Hospital on Whitechapel Road, seen below in a 19thC photograph. 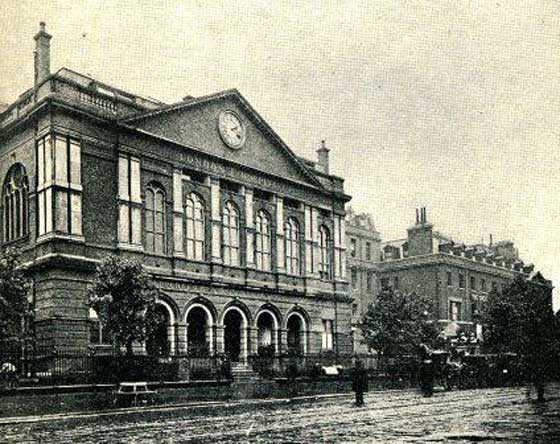 When Susannah attracts the attention of a young doctor, Thomas Lancaster and, after a whirlwind romance, she leaves The London as Mrs Lancaster to become the mistress of a delightful riverside home in Chelsea. Mistress? Not quite. The first sign that all may not be well is that Thomas Lancaster has a housekeeper named Mrs Wiggs, and the lady is a graduate of the Mrs Danvers school of domestic management. Yes, I know that’s an anachronism, but fans of Judith Anderson and Rebecca will know what I mean.

The early passion and harmony of the marriage soon dissipates, and Susannah begins to be disturbed both by her husband’s violent sexual demands and his frequent nocturnal absences, from which he returns feverish and dishevelled. Soon, the narrative of the novel begins to synchronise with what we know about the actual Ripper murders. Ripperologists can take the roll call of well-known characters safe in the knowledge that The Gang’s All Here. We meet the victims themselves, of course, but also the walk-on parts such as the actor Richard Mansfield, John Pizer, the Police Surgeon Dr Phillips and dear old Fred Abberline put in an appearance.

People Of Abandoned Character is a bravura piece of story-telling which gleefully rises above a tale of real-life horror which, by its very familiarity, has lost some of its sting. We eventually learn that Susannah is not quite the put-upon damsel in distress she might want us to believe in. The conclusion of the story is as astonishing and enterprising a solution to the eternal Ripper mystery as I have ever read, and fans of Gothick gore and melodrama will certainly not be disappointed. It is published by Head of Zeus and is out now.