THE EVIL WITHIN . . . Between the covers 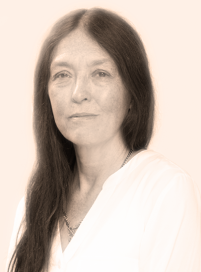 SM Hardy, aka Sue Tingey, has put together a thoroughly enjoyable and, at times, genuinely scary ghost story. The Evil Within tells the tale of Jim Hawkes, a young London banker who has an attack of conscience about the bloodthirsty nature of his trade, and tells his boss to go forth and multiply. This rush of blood to the head is not entirely unconnected to the fact that he is still grieving for his dead sweetheart, who drowned herself after breaking off their engagement in a calamitous row. Jim decides that a physical exit from London is essential, and so he takes out a short term lease on a cottage in England’s West Country.

When he arrives in Devon he finds that the cottage – and its immediate surroundings – have, shall we say, history. The back story involves a dead girl, who was found hanged from the banisters. While exploring the adjacent churchyard, Jim meets the vicar, and is invited in to the rectory for a welcoming chat and a nice cup of tea. All good so far, but when he meets two of the long term residents, widowed Emma and Jed, the local handyman, fixer of lawnmowers and general village sage and factotum, his equilibrium is seriously disturbed when they tell him that the rectory is not only unoccupied, but the reverend gentleman has been dead for some time. 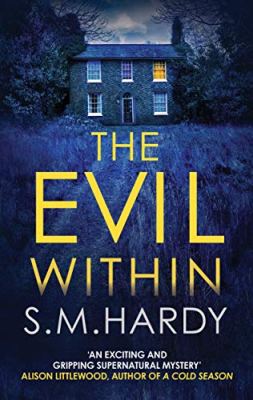 By now, of course, we have to suspend disbelief, because this is going to be a book where weird things are going to happen. There is one key question, as it ever was in ghost stories. Are the strange events actually happening independent from the main character’s perception or, as the title hints at, are they in his mind? SM Hardy certainly gives Jim Hawkes plenty to cope with. We have a Don’t Look Now style figure in a red coat who not only flits in and out of Jim’s peripheral vision, but occasionally holds his hand in her dead, cold fingers. Again with a nod to Daphne du Maurier’s wonderful short story, there are also two sisters, who may possible be sinister as well as spinster. We mustn’t forget a mysterious and hulking man in grey who clearly wishes Jim harm and may – or may not – be an astral projection of a malevolent criminal who lies in a vegetative state at a mysterious local mental hospital.

Clichés only become clichés when they are wearisome, and there is nothing remotely wearisome about The Evil Within. Yes, SM Hardy mines deep into the seam of supernatural fiction and comes up with many recognisable elements, but she welds them together to make a compelling novel. Best of all, even though she deal in familiar tropes – the haunted cottage, the startling face in the window, the conversations with the dead and the events that no-one in the village pub will talk about – we genuinely care about Jim Hawkes and what happens to him. The possibility that Jim’s apparitions may be just the product of his own mental fragility in the wake of his fiancée’s tragic death doesn’t diminish our concern for him, nor prevent us from fearing the worst when events take a disturbing turn.

I have never written a novel, nor could I, but I have read many and I know from experience that if the author doesn’t forge that link between reader and character, the book may as well be cast aside and sent to the charity shop. SM Hardy ticks this box – and many other important ones – and ensures that The Evil Within is both entertaining, credible and enthralling – with a sharp sting in the very tip of its tail. It is published by Allison & Busby and is available now.

Click on the image below for a short but spooky video