STEALTH … Between The Covers 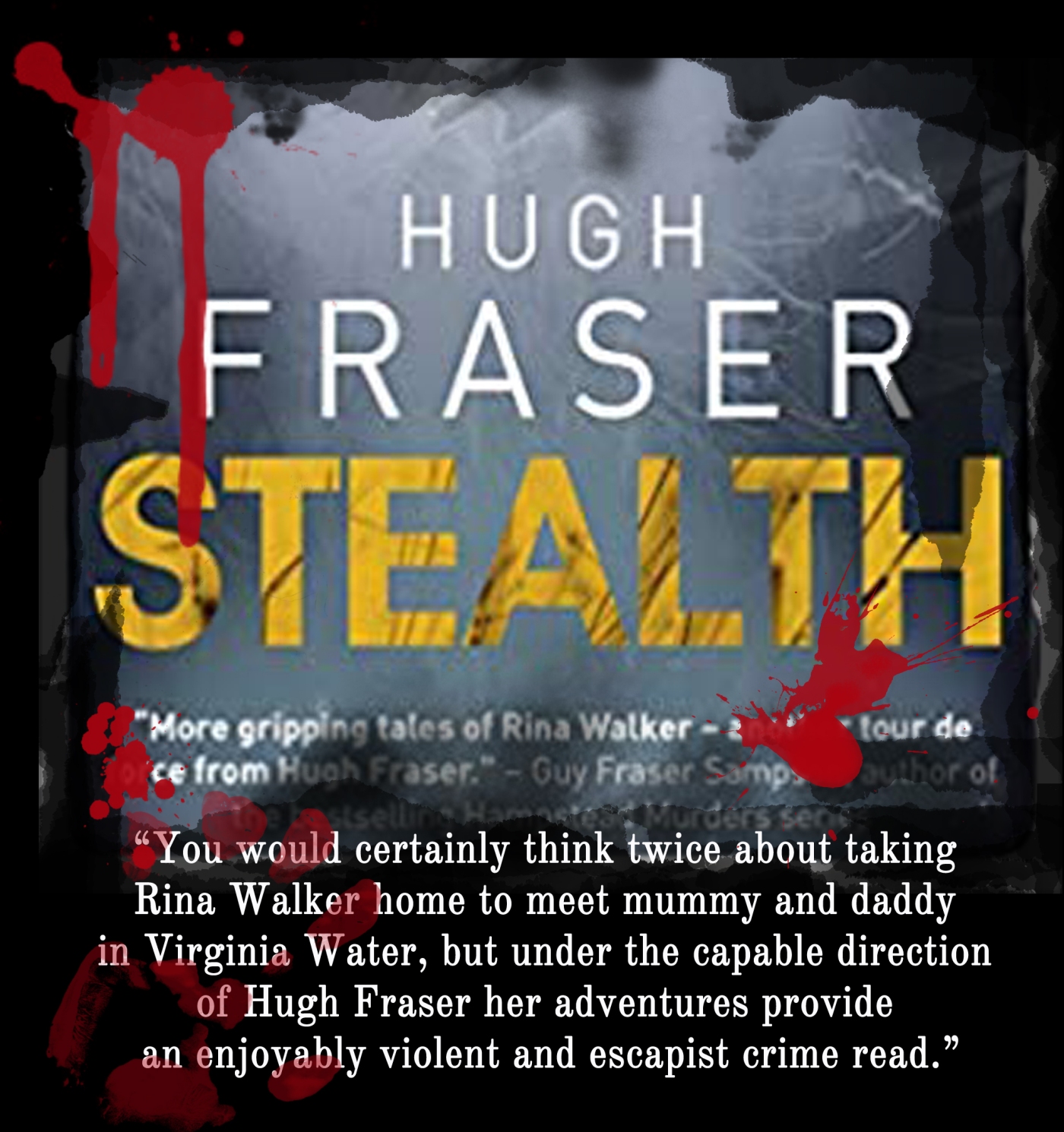 London in 1967 seems to have been an exciting place to live. A play by a budding writer called Alan Aykbourne received its West End premier, Jimi Hendrix was setting fire to perfectly serviceable Fender Strats, The House of Commons passed the Sexual Offences Act decriminalising male homosexuality and Joe Orton and Kenneth Halliwell featured in a murder-suicide in their Islington flat. This is the backdrop as Hugh Fraser’s violent anti-heroine Rina Walker returns to her murderous ways in Stealth, the fourth novel of a successful series.

I am new to Ms Walker’s world, but soon learned that a brutal childhood deep in poverty, where attack was frequently the best form of defence, and a later upbringing embedded in the world of London gangsters, has shaped her view of life. Although parliament had decreed that chaps could sleep with chaps, provided both were willing, there was little public approval for chapesses having the same latitude, and so Rina’s love affair with girlfriend Lizzie is accepted but not flaunted.

Lizzie has been set up by Rina as proprietor of a Soho club, more or less legit, but with a multitude of blind eyes which fail to focus on minor breaches of the moral code. When a young tart is found in a club back room, battered to death with a hammer, Rina not only takes offence but wreaks summary revenge. The killer, a bare-knuckle fighter called Dave Priest, is not only thumped by his latest opponent on the cobblestoned back yard of a dingy pub, but becomes the latest victim of what might be called Rina’s Law when she kills him and artfully arranges his corpse to look as if he had slipped on the stairs.

Rina is locked into a world where she is forever repaying favours, or earning them and taking rain checks for a later day. One of her debts is to a grim and sordid gang boss who, in turn, owes a favour to a homicidal maniac currently a patient in Broadmoor. This particular penance involves her bumping off a perfectly innocent builder who has had the temerity to offer the maniac’s wife a new life in the dreamy suburbs of Romford. Rina is not totally without moral scruples, although if you blink you will miss them as they whizz past your eye line at the speed of light. She tries to scam her employer by staging the death of the honest builder, but she is found out in a complex sting involving shadowy operatives of military intelligence.

Is Rina fazed by the step-up in class from bumping off Essex builders to the complex world of international intrigue, Cold War deception and men in expensive suits who never, ever are who they say they are? No, not for one moment. Whether downing large whiskies in backstreet pubs, or sipping chateau-bottled claret in expensive hotel suites, our Rina is equal to the task, be it on home turf or in the romantically sleazy cafes and bars of Istanbul.

The list of fine actors who have turned their hand to crime fiction is extremely short, not to say minuscule. Even more invisible, except via an electron microscope, is the catalogue of crime writing actors who play languid toffs. I yield to no-one in my admiration for Hugh Fraser in his roles as Captain Hastings and – my absolute favourite – his insouciant Duke of Wellington in Sharpe. The difference between Fraser’s screen persona and the world of Rina Walker could not be more extreme.

To cut to the chase, does Stealth work? It does, and triumphantly so. Fraser might be just a tad too young to have experienced the Soho of the mid 1960s, but if the scene setting isn’t from personal recollection, he has certainly done his homework. My only slight criticism is that I found that the constant mood/time/product placement via contemporary pop song titles began to grate after a while. There is a touch of “with one bound she was free” about Rina Walker, and you  would certainly think twice about taking her home to meet mummy and daddy in Virginia Water, but under the capable direction of Hugh Fraser her adventures provide an enjoyably violent and escapist crime read. Stealth is out on 8th October and is brought to us by Urbane Publications.