AS THE CUSTOMARY BANK HOLIDAY MONSOON SETS IN I can at least deliver some comfort in the shape of two new crime novels. One is from an established veteran of military skullduggery both real and imaginary, while the other is written by a former copper who has picked up the proverbial pen after a career dispatching the bad guys to the penitentiary.

LINE OF FIRE by Andy McNab

It is tempting to add the cliché “who needs no introduction” but it won’t hurt to remind potential readers that the man known as Andy McNab is, in real life, a highly decorated soldier. You don’t receive the Distinguished Conduct Medal for services to military administration, nor is the Military Medal awarded for excellence in ceremonial drill. McNab’s most popular fictional hero returns in Line of Fire, and former Special Forces operator Nick Stone is, as usual, up to his eyes in trouble. He has been given the job of taking out an unusual target. One, it’s a woman and, two, she is a hacker so skilled that her clattering keyboard can potentially disrupt commerce, destroy communications and bring down governments. Line of Fire is published by Corgi/Transworld/Penguin Random House and will be available in paperback from 20th September.

AN URGENT MURDER by Alex Winchester 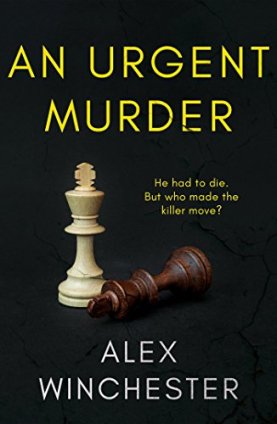 “I drew on my thirty years of experience to write the book, using my personal knowledge of investigations and how different people respond to situations they find themselves in.”

An ambitious rookie police officer and a jaundiced ‘been there, done that” colleague make an unlikely pair as they investigate the suspected poisoning of a pensioner. Is their target an unscrupulous nurse, or is the old man’s death linked to the world of organised crime and, specifically, a notorious mobster? An Urgent Murder is published by Matador and will be on the shelves from 28th August.