FRONT PAGE MURDER … Between the covers 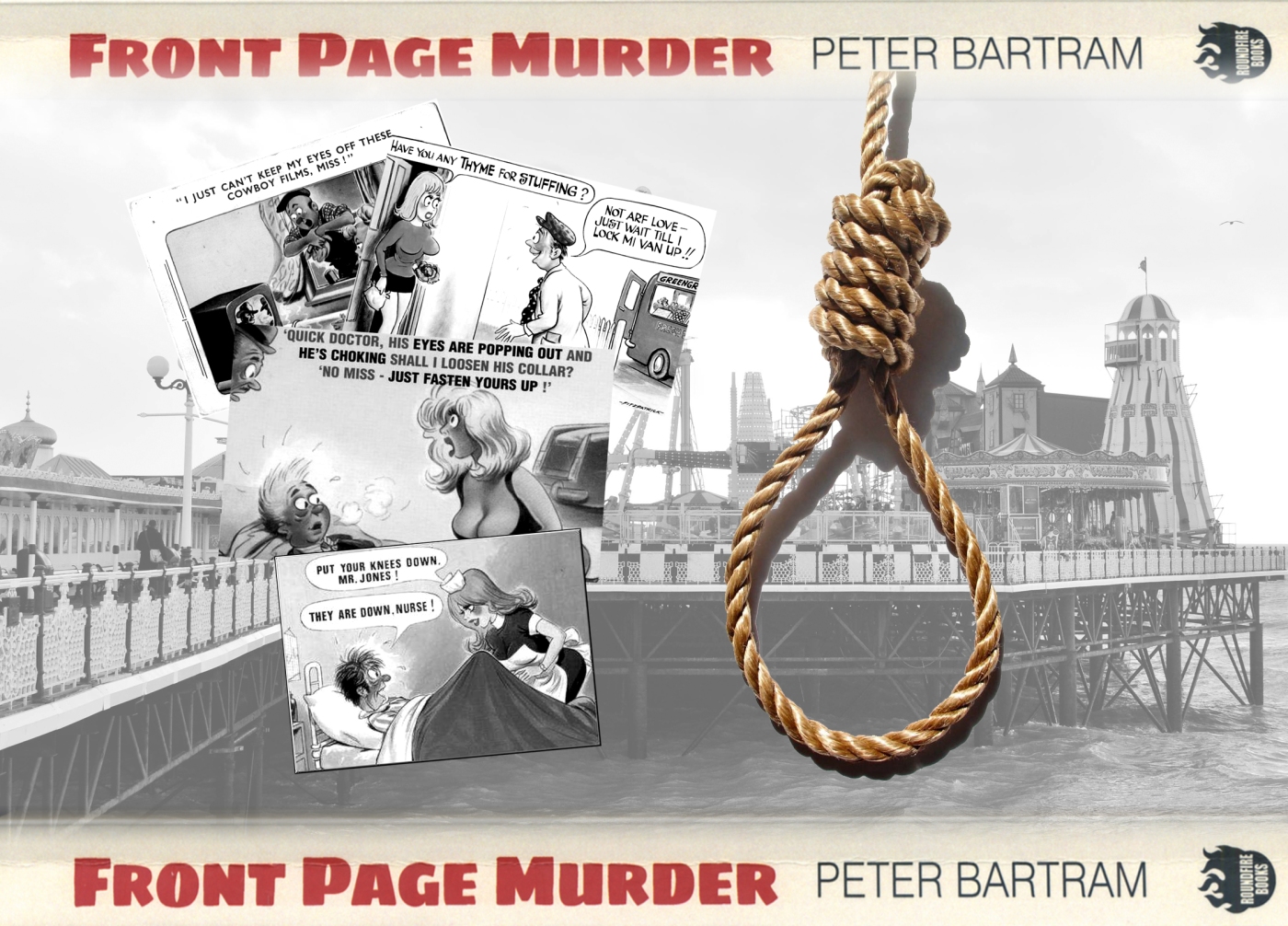 In the latest novel from Peter Bartram (left) his alter ego Colin Crampton, a reporter for the Evening Chronicle in 1960s Brighton, faces his toughest challenge yet. Local artist Archie Flowerdew is due to be hanged on Christmas Eve unless Crampton and his intrepid Australian girlfriend Shirley can stop this affront to Christmas cheer by proving that Flowerdew did not murder a rival artist.

For historical background it is well to remind ourselves that the last people to be executed in England were Peter Anthony Allen and Gwynne Owen Evans. Both were hanged at Walton Prison, Liverpool, on 13th August 1964. The Murder Act of 1965 suspended the death penalty in Great Britain, but not for Northern Ireland.

Back in Brighton, Crampton gets to grips with the Flowerdew case. Flowerdew’s alleged victim was the deeply unpleasant and embittered Percy Despart, a talented but disappointed artist whose main income came from designing that peculiarly English art form – the risqué seaside postcard. Despart’s misanthropic nature had won him many enemies, and he combined his artistic talents with his malevolent nature to put caricatures of these enemies on his best-selling postcards. 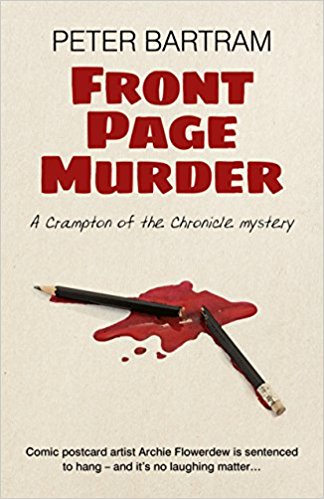 Persuaded by the condemned man’s niece, Tammy, Crampton gets to work, and finds no shortage of other Brighton folk who would have clapped their hands in glee upon hearing of Despart’s demise. The plot thickens delightfully, as we encounter a crooked art dealer, a lecherous vicar, a camp artist (complete with velvet trousers) and the usual cast of boozy, chain-smoking searchers-after-truth (or a good headline) on the staff of the Evening Chronicle.

Those of you who have read and enjoyed the two previous Crampton of The Chronicle stories, Headline Murder and Stop Press Murder, will be familiar with Bartram’s style. The jokes come thick and fast. Most of them work, and although some don’t, Bartram keeps up a rapid fire delivery of gags that have an accumulative impact. Amid the merriment, however, there is a backbone of seriousness which consists of perceptive observation of the 1960s social milieu and – of course – a totally authentic newspaper background in the days of battered Remington typewriters and hot metal typesetting. 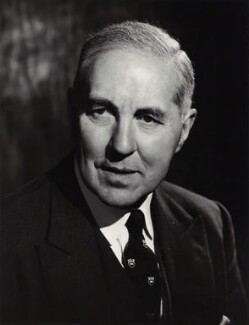 Bartram introduces a fascinating contemporary note by featuring the Home Secretary at the time, Henry Brooke. He was appointed by Harold Macmillan after the Prime Minister’s infamous ‘Night of The Long Knives in 1962. Brooke (left)  was to prove one of the least distinguished holders of the post, however, and he was pilloried without mercy by the BBC’s satirical show That Was The Week That Was. They dubbed the hapless Brooke ‘The most hated man in Britain’, and Bartram recalls their mocking phrase, “If you’re Home Secretary, you can get away with murder.”

Front Page Murder is a joy from start to finish. Yes, it is escapist. Yes, we guess that the the admirable Crampton will, in the end, prevail. No, Bartram doesn’t take us deep down into the dark world of serial killers but, my goodness, Front Page Murder is wonderful entertainment, and is one of those rare books where there is a definite sense of sorrow that you have reached the final page.

Peter Bartram wrote an entertaining piece on What-The-Butler-Saw machines as an accompaniment to the plot of the previous Colin Crampton novel, Stop Press Murder. The links to both items are below. Front Page Murder is published by Roundfire Books (click the link to visit their website) and will be available on 24th November.